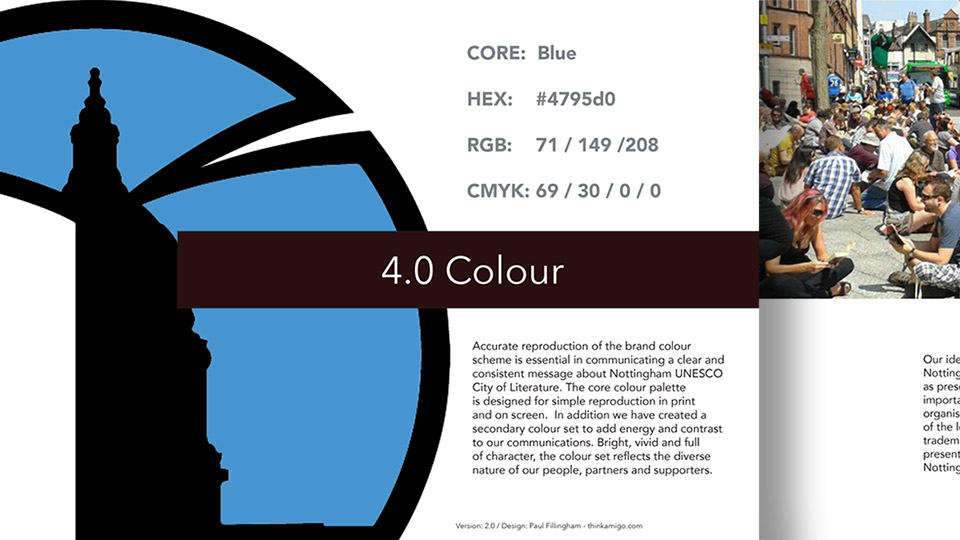 The road to achieving UNESCO status as a city of literature began in 2014. With an impressive portfolio of successful literary-based digital R&D projects including; the Sillitoe Trail, Dawn of the Unread, and Being Arthur, along with literary segments in several digital outreach and heritage projects, Thinkamigo was able to augment the city’s literary credentials with several case studies. 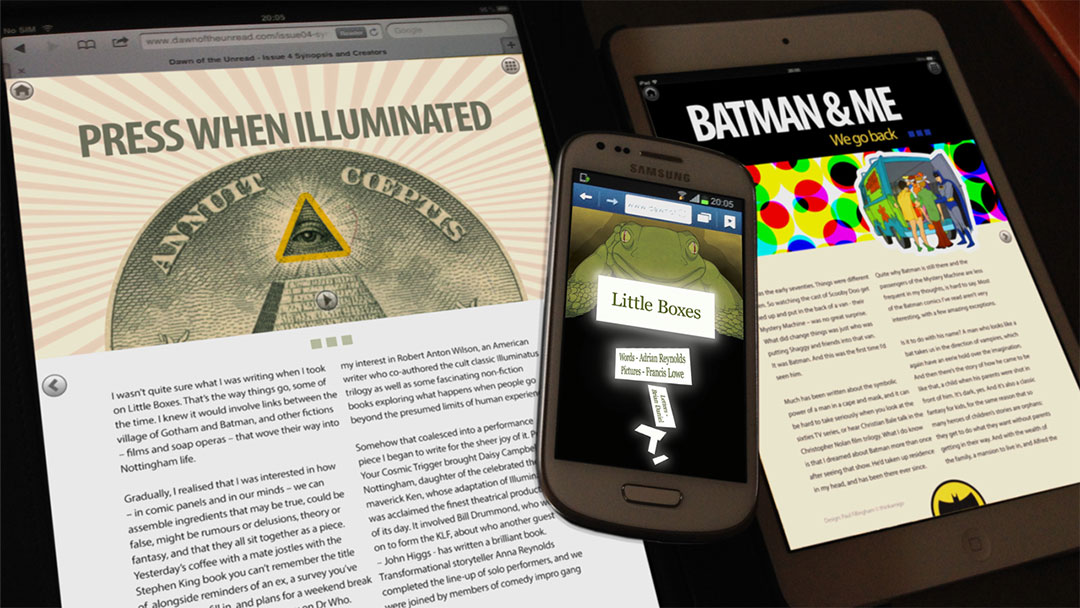 Dawn of the Unread, digital content on tablet and mobile devices

In just under two years, the bid achieved its objective and Nottingham received accreditation as a City of Literature, an accolade long overdue for a city that has produced world famous rebel writers including; D.H. Lawrence, Lord Byron and Alan Sillitoe. Nottingham joins the cities of Norwich and Edinburgh who already benefit from UNESCO status.

In the wake the successful bid, Paul Fillingham developed the logo design and brand guidelines, including a downloadable media pack for the newly established charity. The logo consists of an open book motif, a silhouette of the instantly recognisable Nottingham Council House and a cut-away shape that alludes to comic-book speech bubbles. The media pack contains digital files for screen and print with versions suitable for light and dark backgrounds and mono printing.

In September 2016, Nottingham UNESCO City of Literature welcomed its new Director Sandeep Mahal who will take the organisation forward, leveraging the Creative Cities Network to further raise the profile of the city on the international stage. 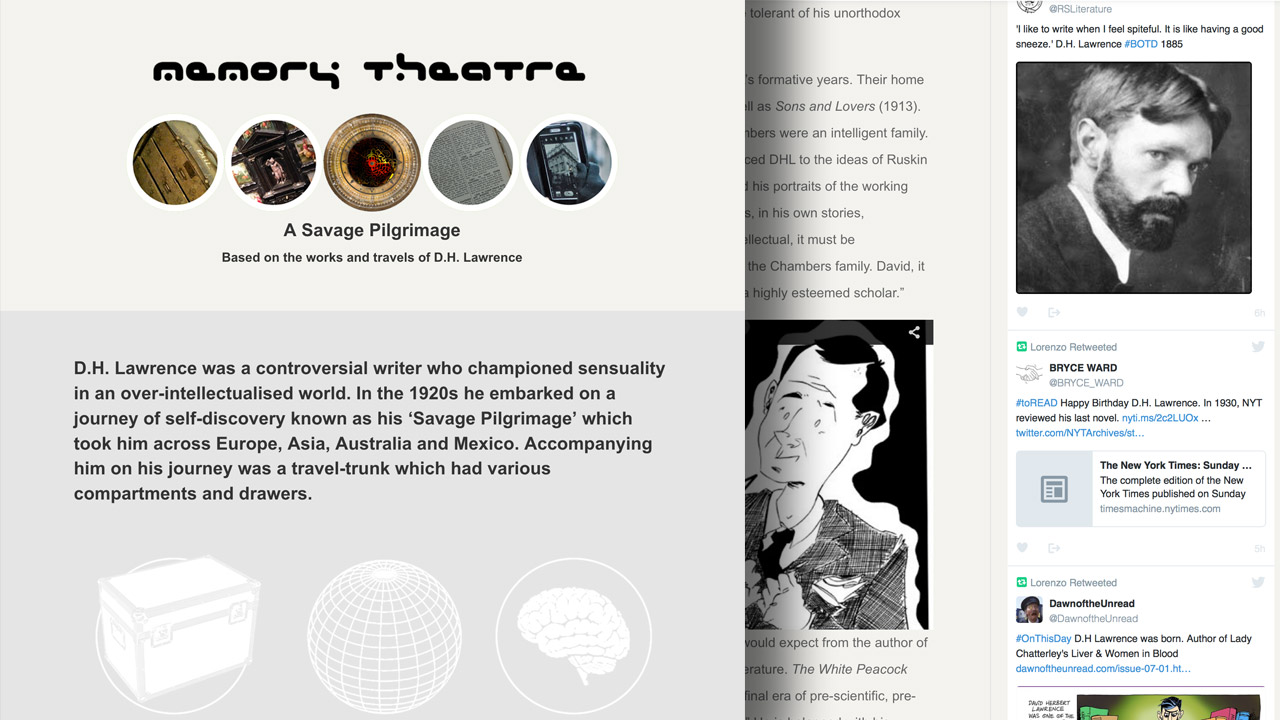 As the city begins to capitalise upon this success, Thinkamigo continue to be a strong advocate for education and literacy, supporting initiatives by Nottingham UNESCO City of Literature as well as developing exciting new projects such as the D.H. Lawrence inspired Memory Theatre – the latest Walker/Fillingham literary collaboration.

Paul Fillingham’s involvement in digital outreach in the north of the county continues through Mine2Minds Education – a not-for-profit organisation established in conjunction with mining historian Dr David Amos:  Further evidence of a desire to engage ‘hard to reach’ groups with digital learning. 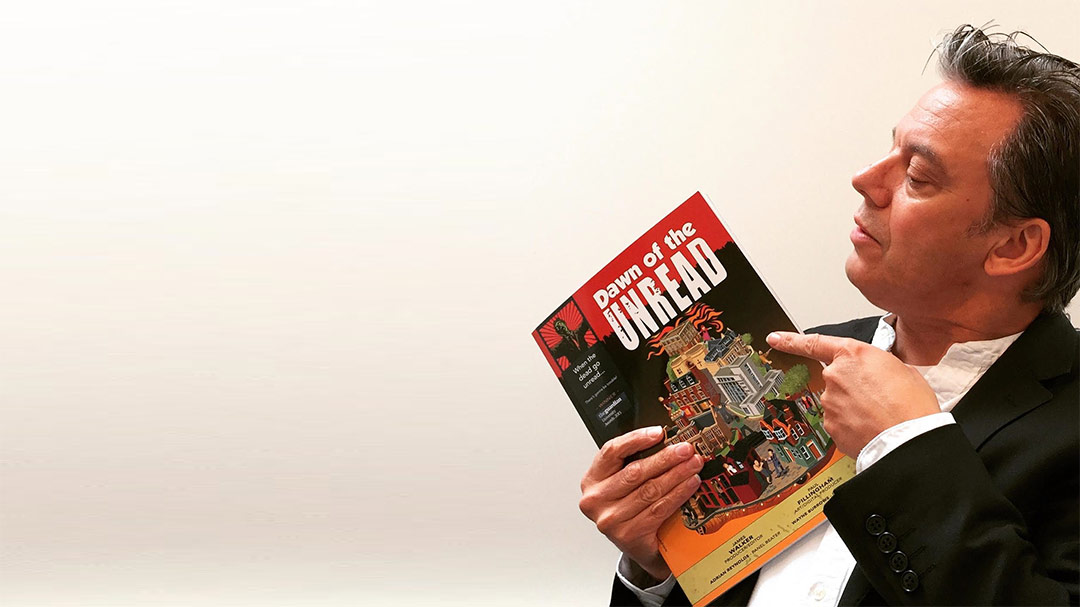 Dawn of the Unread – Print version published by Spokesman Press

Order Dawn of the Unread