From BritPop to Brexit. In this blog we look at a brief history of the Quick Response code 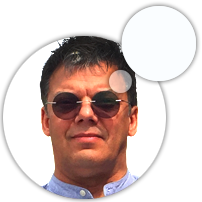 I have an earworm that harks back to the nineteen seventies. It’s ‘Who do you think you are?” by Candlewick Green. The song has been there for some days now. It conjures up visions of schoolboy fishing trips to Newark-on-Trent and late-night sketching sessions inspired by Marvel superhero comics; The Avengers, Spiderman, The Incredible Hulk, and my concession to DC comics The Green Lantern because I loved Gil Kane’s artwork.

I’d work late into the night, listening to the radio. National stations like Radio One were inaccessible due to interference from the village colliery, but I was able to tune into ‘Fab 208’. Radio Luxemburg (208 medium wave) had a rolling playlist of glam-rock, pop and soul. As a consequence, I acquired an eclectic taste in music and enough earworms to last a lifetime. In case you are not familiar with the concept, an earworm is a form of involuntary cognition that can lead to repetitive memory flashbacks.

It’s not much of an leap to go from ‘Who do you think you are?’ to ‘Who do you think-QR?’ a wordplay on ‘think’ and the acronym ‘QR’ or Quick Response (code) which happens to be the subject of this blog post.

I hadn’t really thought about QR-codes for a long time, but since Covid 19 they seem to be everywhere. Culture is like that, it comes in cycles and has lots of surprising random connections.  The sudden reappearance of the QR-code phenomenon comes its own backing track, and was originally performed in 1974 by Opportunity Knocks talent show winners, Candlewick Green. 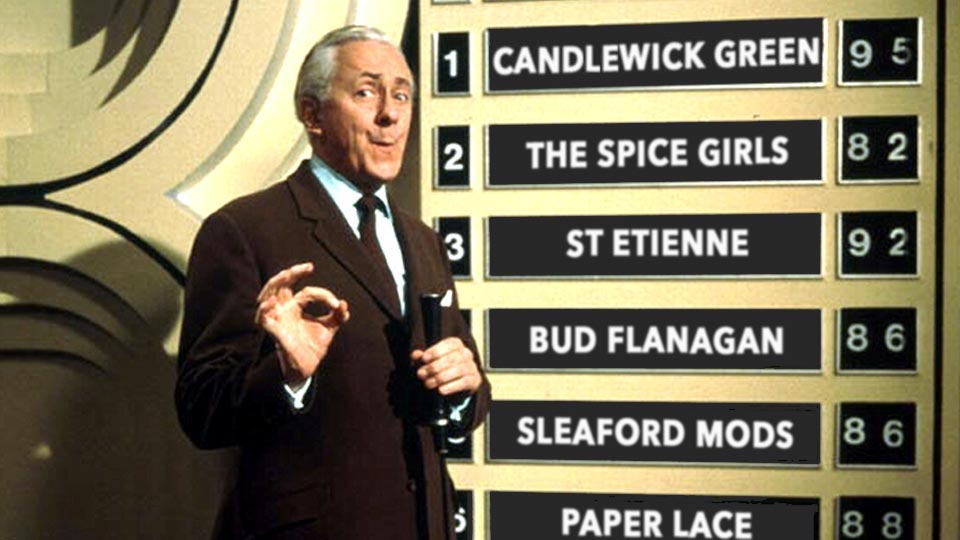 Canadian Hughie Green hosted the talent show Opportunity Knocks in the 1960’s and 70’s. His catchphrases are as persistent as the musical earworms. “…and I wanna tell you friends, I mean that most sincerely because it’s your votes that count!’

The QR barcode format was introduced by Japanese auto-parts manufacturer Denso Wave in 1994. In the same year, British computer scientist Sir Tim Berners Lee left his cherished web server (the first of its kind) at CERN (Conseil Européen pour la Recherche Nucléaire), to take up his new post at MIT (Massachusetts Institute of Technology) where he established the World Wide Web Consortium (W3C) – an organisation devoted to open web standards. 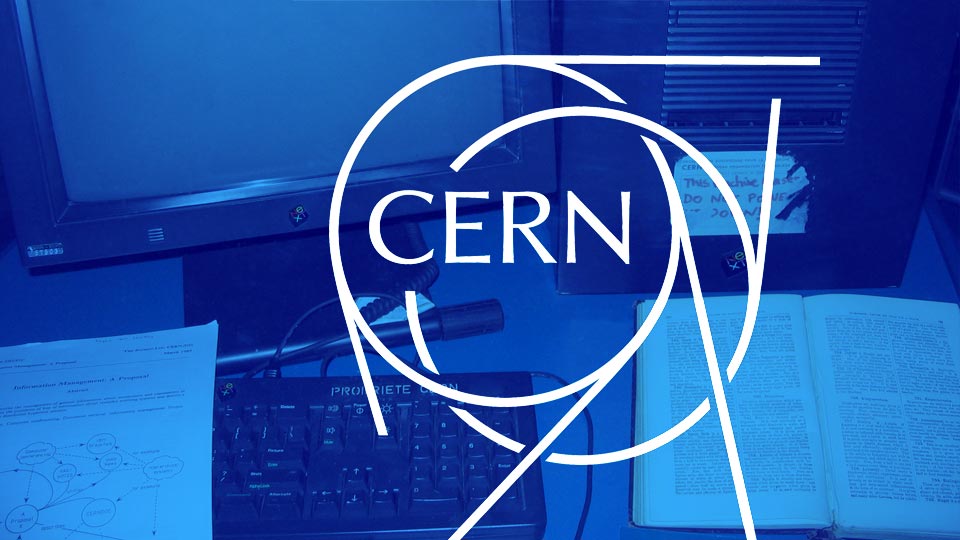 Sir Tim Berners Lee’s NeXT computer workstation at CERN. The open book on the right is the popular Victorian-era how to…guide, Enquire within upon everything which was the inspiration for the World Wide Web. Source: Wikipedia CC BY-SA 3.0.

1994 is also the year music entertainment mogul Simon Fuller founded the Spice Girls, leading to a resurgence of teen pop and dance, leveraging slogans like ‘Cool Britannia’ and ‘Girl Power’. Though it wasn’t until 1997 that Geri Halliwell stormed the Brit Awards ceremony in her signature union jack dress during a performance of the Spice Girls song ‘Who do you think you are?’ (Different song, but equally ‘ear-wormy’) for the 1990’s cohort (Generation Y and Z). 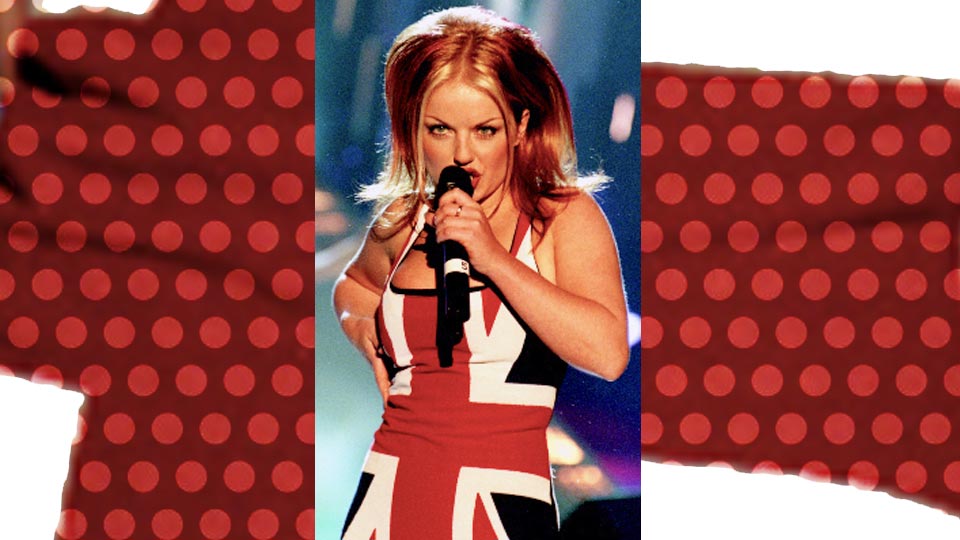 In 1997, as Denso wave were scanning auto-parts marked with QR codes, images of Geri Halliwell’s customised Gucci dress emblazoned with the Union Jack motif were splashed across the front page of newspapers around the world.

‘The Brits’ 97 offered a representation of our national flag that is very different from the one we are experiencing right now. 1997 feels like a million years ago. Google were emerging from their campus dorms into the public domain and I was designing websites and applications for Raleigh and Boots at the advertising agency Cross Hill Conwill. Some of these early websites were built in collaboration with research fellow Sean Clark. By the end of the decade, bracing ourselves for a much-hyped Y2K armageddon, we joined Headland Multimedia, creating websites for the likes of AstraZeneca (vaccines), Pace micro (Sky TV boxes), and GiroBank (HM Revenue and Customs online payments).

By 2009, QR-codes had started to appear in Sean’s own (Cuttlefish) community websites including ‘Empedia’ an experimental cultural trails authoring platform. I joined the project team as design lead shortly after it was granted funding from the Museums Libraries and Archives Council (MLA). 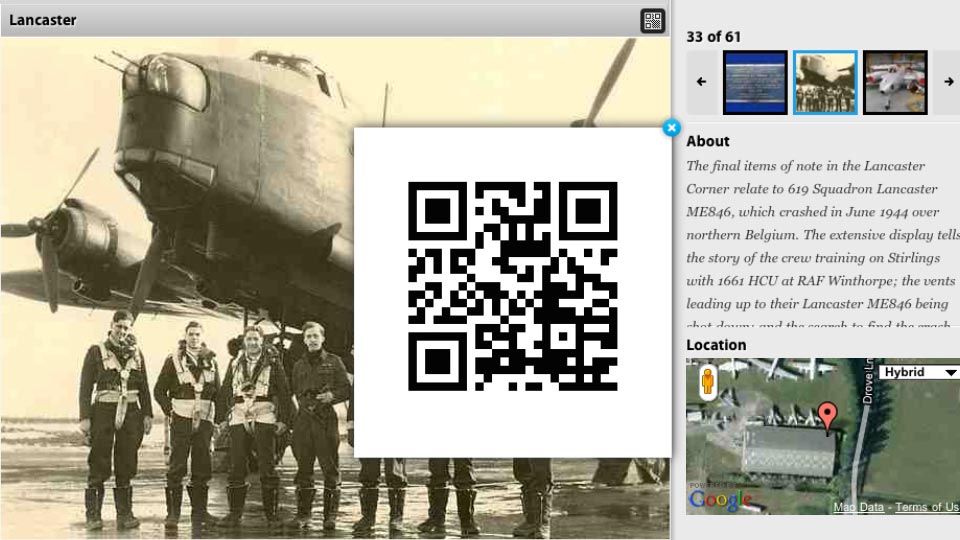 The ability to generate QR codes for digital assets in the Empedia database allowed users to integrate digital media clips with print and physical interpretation panels. With its built-in QR-code reader, the iPhone App allowed museum visitors to  augment their experience. The technology was simple, compelling, and magical. 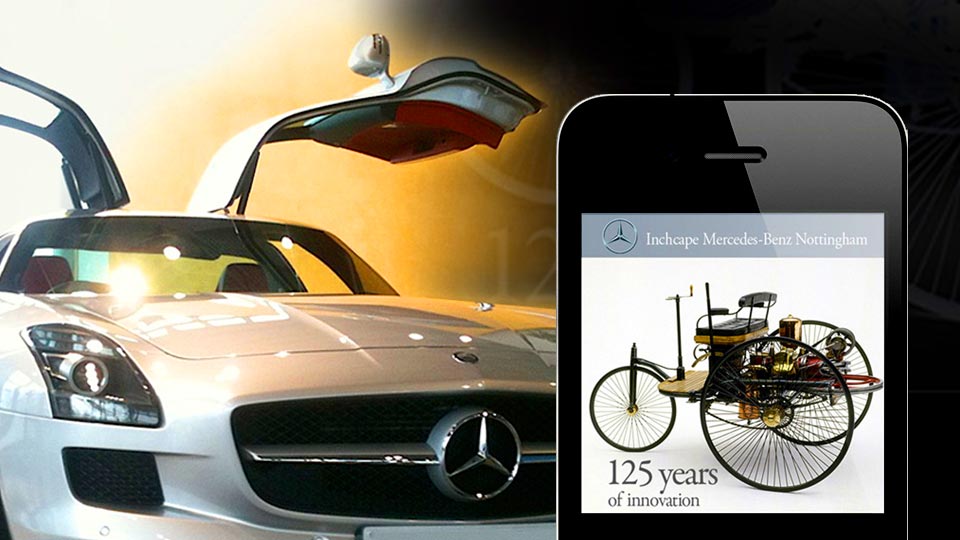 In 2011, we curated a QR-based family treasure hunt for Nottingham’s Mercedes-Benz dealership. Visitors used iPads to reveal facts about vintage vehicles. The event, commemorating the 125th anniversary of the internal combustion engine (invented by Mercedes-Benz) included displays from local companies Raleigh, Boots, and machinery from the nearby Framework Knitters museum. By coincidence Raleigh were celebrating their 125th anniversary, providing an opportunity to include an iconic Chopper bike from the 1970s. 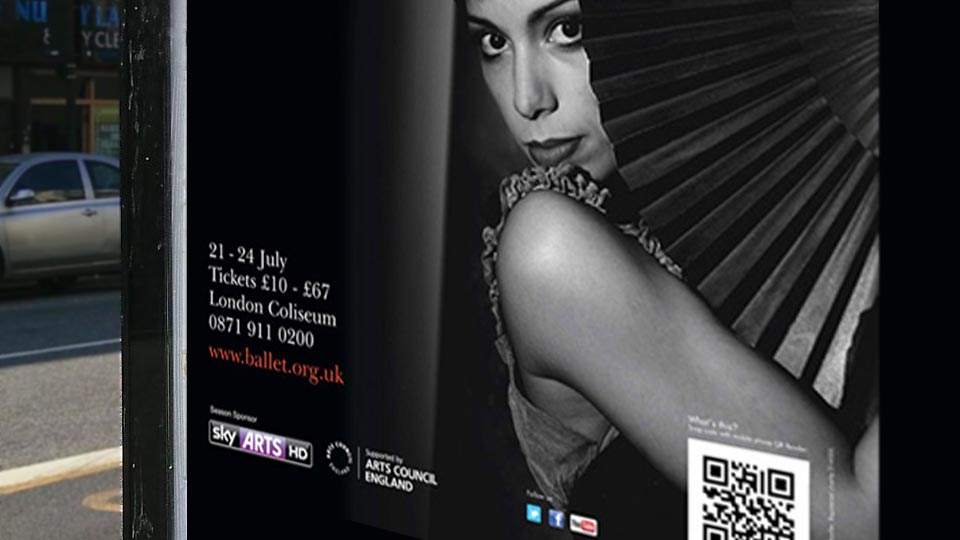 Following government rationalisation of public arts spending, the MLA was disbanded, reducing the scope for experimentation, This led to a leaner, more focussed approach to projects, combining open-source APIs, including QR hosting services, WordPress themes and Google Maps. The first post-MLA project involved a ‘Buy one, get one free’ ticket campaign for English National Ballet, which appeared on London Transport poster sites, directing tech-savvy mobile-users to a payment gateway where they were rewarded with discounted tickets.

Embedded Google maps and QR-codes were used in a prototype for a ‘Saturday Night and Sunday Morning’ inspired (Alan) Sillitoe Trail. Produced in association with literary editor James Walker and Alan’s son David, the project was designed for iPad screens and formed the basis of TheSpace, a major Arts Council England and BBC commission for an experimental on-demand arts platform which launched as part of Cultural Olympiad London 2012. 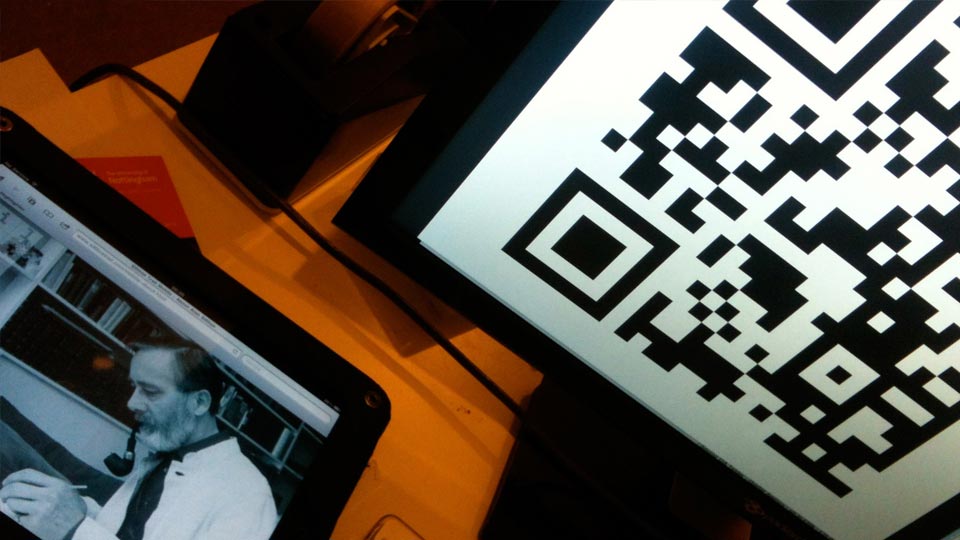 Joint-funded by the BBC and Arts Council England, the Sillitoe Trail iPhone App formed part of our digital media schedule for TheSpace on-demand arts platform in 2012 and 2013. The project featured over 70 creative practitioners from the East Midlands.

An iPhone App launched at Nottingham Contemporary in the fall of 2012 was the subject a BBC Inside Out documentary. Used in conjunction with a 1950’s styled Factory Handbook, QR-codes linked to media clips of performance poets Andrew Graves (Mulletproof poet) and Alex Young (Motormauf), and readings by the author Derrick Buttress (Broxtowe Boy) and a guest appearance by Sleaford Mods vocalist Jason Williamson. 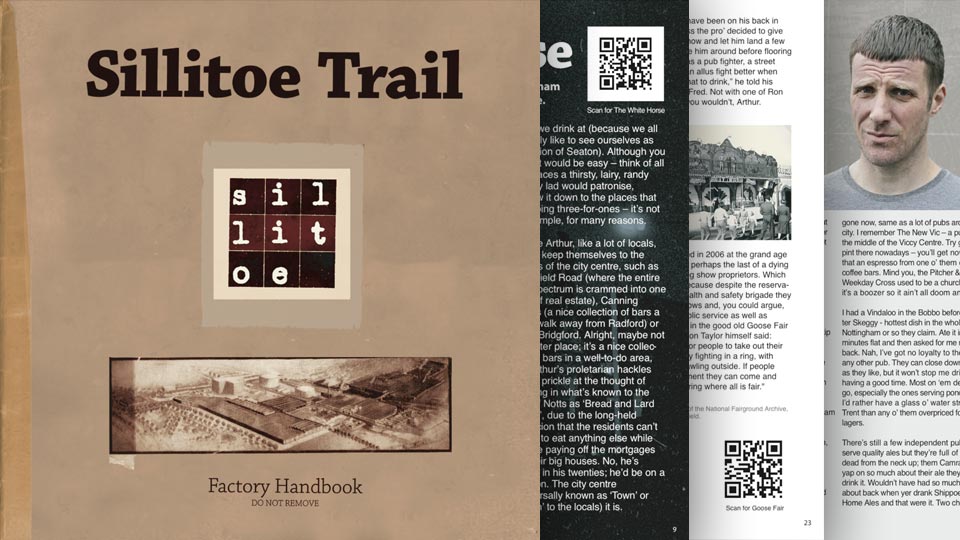 The Sillitoe Trail Factory Handbook used QR codes to direct readers to audio and video clips of readings and performance.

In December 2013, broadcaster John McCarthy accompanied me on the trail for BBC Radio 4’s Saturday Live. It was an honour that McCarthy who survived being an Islamic Jihad hostage for four years, celebrated his freedom, sharing a taxi-cab marvelling at Sillitoe’s Nottingham thirteen years later.

QR-codes continued to be used in digital projects for Aviation Heritage Lincolnshire and Mining heritage collaborations with Heritage officer Dr David Amos. But for all the magic, scan-rates were low in comparison with regular click-throughs and social media posts. One of the barriers to adoption was initial resistance by Apple to embed the technology into its iPhone Operating System (iOS); a situation remedied in 2017, by which time many of the early QR-code hosting companies had folded, rendering their codes useless. It was whilst supporting a Broadband training roadshow for SMEs, that we switched to Google’s own QR and short-code hosting service, in the belief that it would be less volatile. However, Google closed the service after a revelation that the codes could be exploited by hackers, redirecting unsuspecting users to potentially risky websites, or even initiating transactions on their mobile devices. For some time, QR-codes fell into disuse. 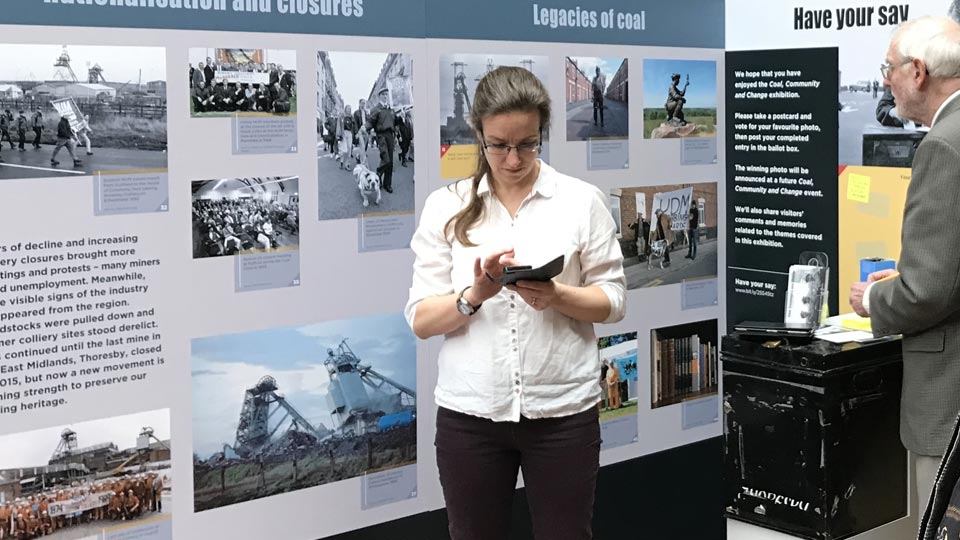 Thinkamigo resurrected QR-codes briefly in 2019 to support a user survey for the ‘Coal, Community and Change’ touring exhibition. However, the technology still lacked the necessary critical mass to engage significant numbers of the exhibition’s target audience.

Then, at the beginning of 2020, with the world locked-down in response to the Covid-19 pandemic, contactless technologies were suddenly propelled into the mainstream. The effect was to rekindle interest in the humble QR-code. Their appearance has since become ubiquitous, gracing millions of restaurants, entertainment venues, hospitals and modes of public transport, all in an effort to minimise physical contact and track the spread of Covid-19. One of the key drivers of public adoption has been Government pressure to mandate the scanning of QR codes as a more efficient method of checking-in and out of public spaces. 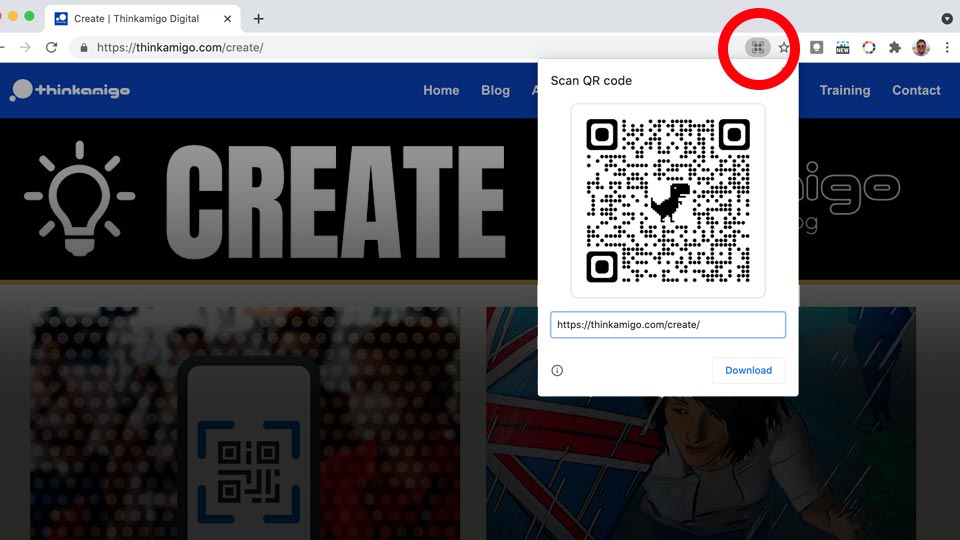 In the first quarter of 2021, in a surprise move by Google, their QR technology is back, in the form of a Chrome plug-in, enabling web users to generate QR codes directly from any URL typed into the browser address bar. These codes can be read by Android and iPhone devices without the need for third-party applications. We are so pleased to see the return of QR-codes that we’re playing ‘Who do you think you are?’ non-stop in our studio. 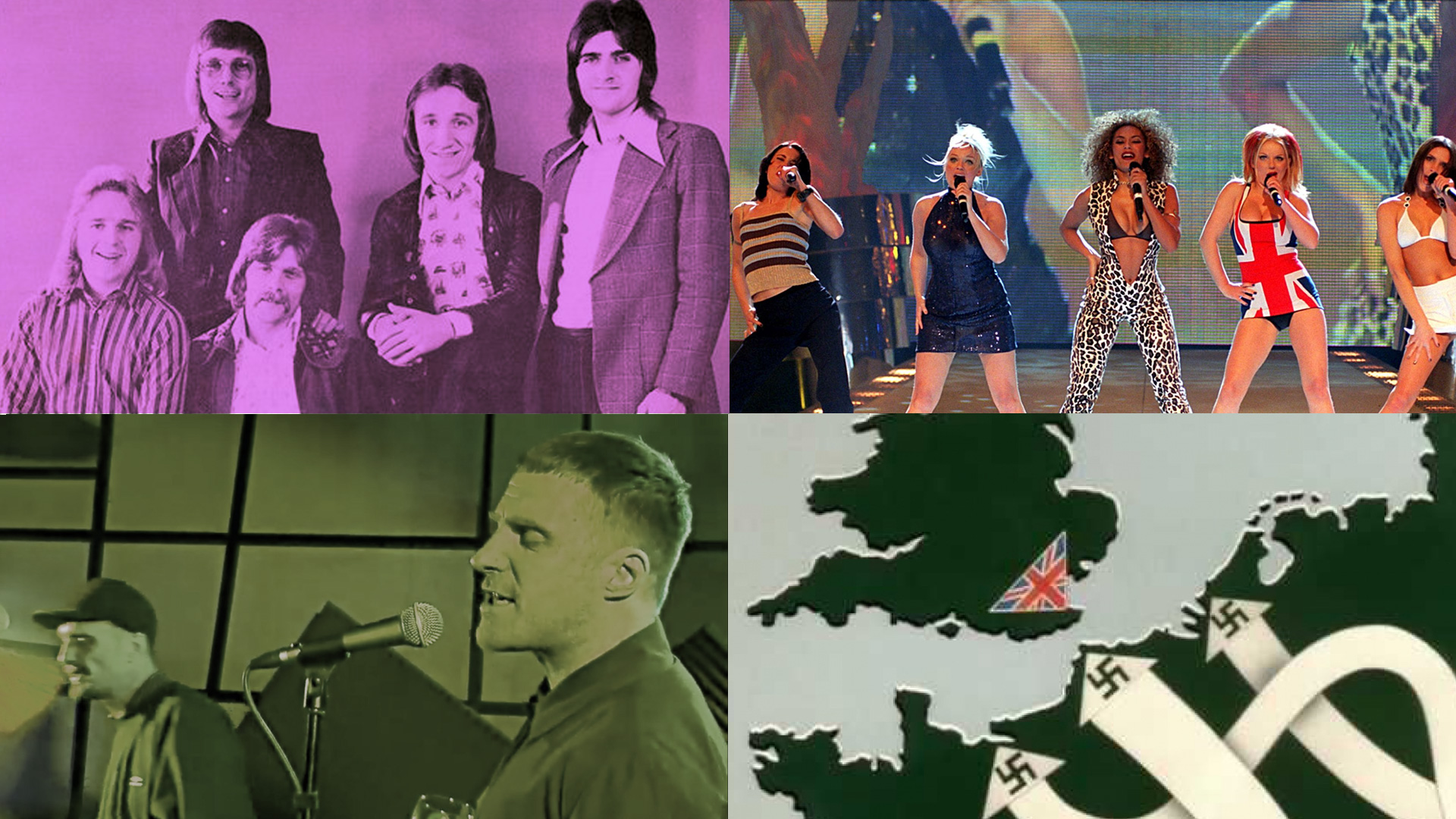 Three of these acts have performed a version of ‘Who do you think you are?’ but which one would win Britain’s got Talent?